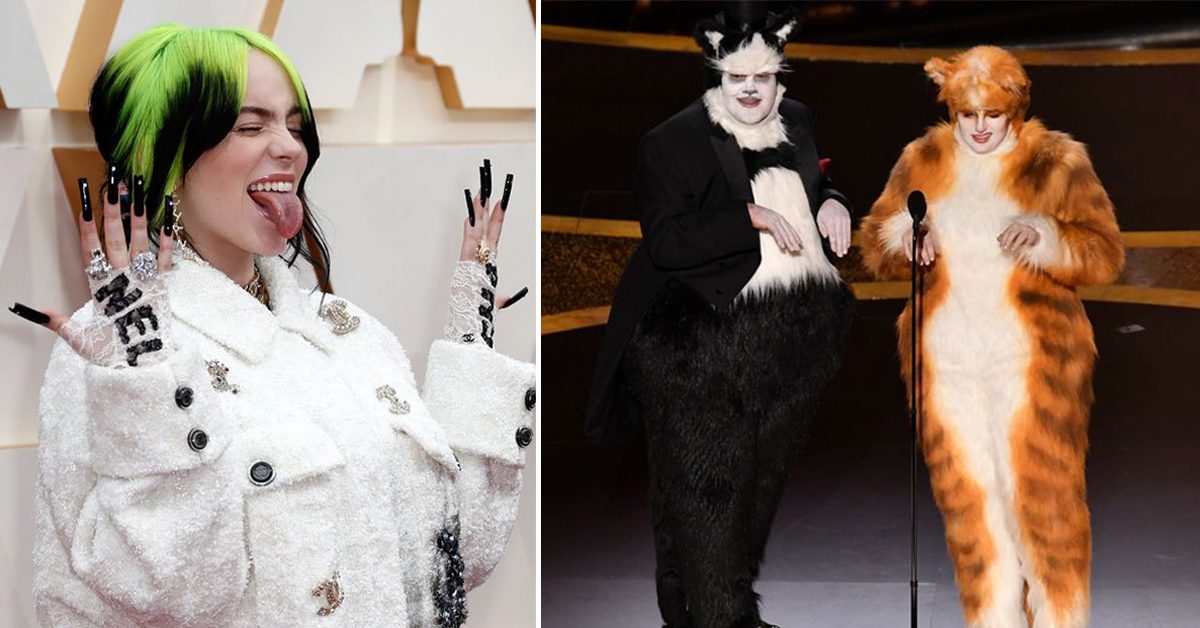 It was Parasite’s time to shine at the 2020 Oscars, but away from the ceremony, stars were causing a stir with their eye-catching outfits.

Here’s a look at the most talked about looks from the 2020 Academy Awards.

In a good-humored nod to the poorly received movie, Cats, James Corden and Rebel Wilson took to the stage to introduce the Best Visual Effects category. 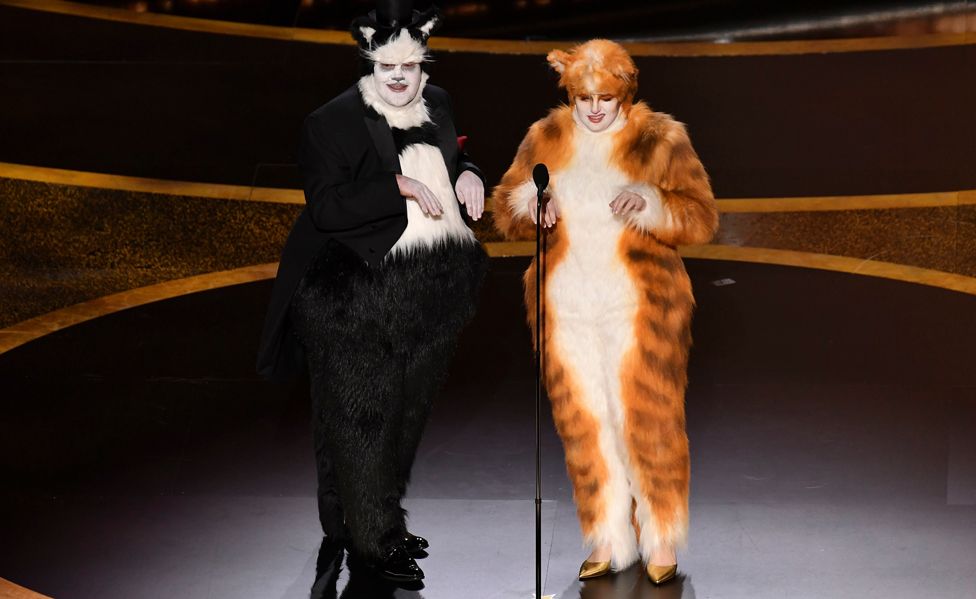 10-year-old Julia Butters, who appears in Once Upon a Time in Hollywood, realized she’d probably get hungry during the three-and-a-half-hour Oscars ceremony and concealed a turkey sandwich in her $2,500 purse. 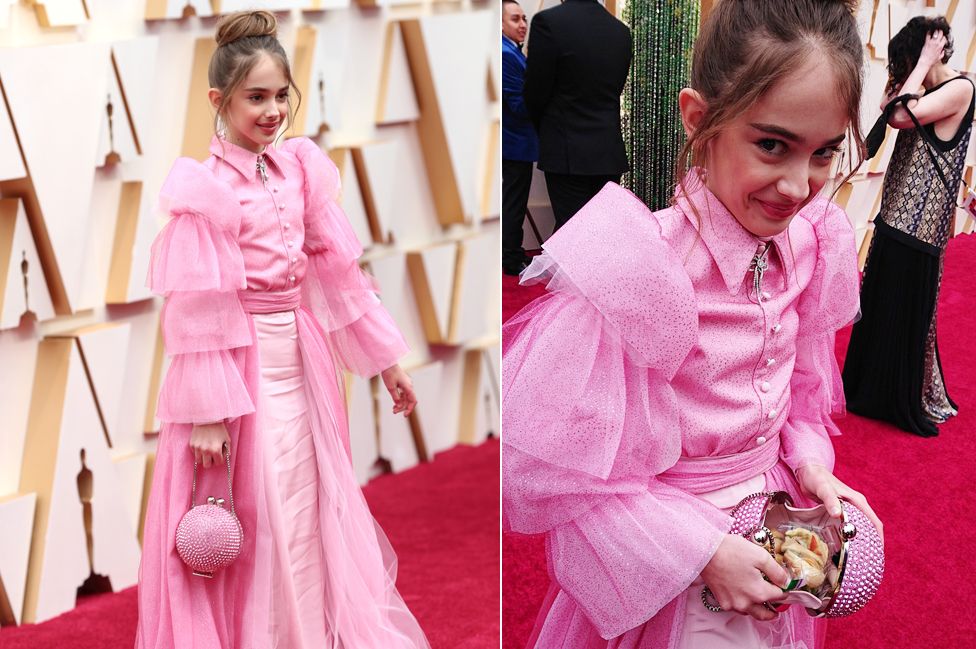 In tribute to the late basketball star, Kobe Bryant, who tragically died in a helicopter crash with his 13-year-old daughter Gianna last month, director Spike Lee opted for a Gucci Suit in the colors of the LA Lakers that was emblazoned with the number 24 – Bryant’s Jersey number. 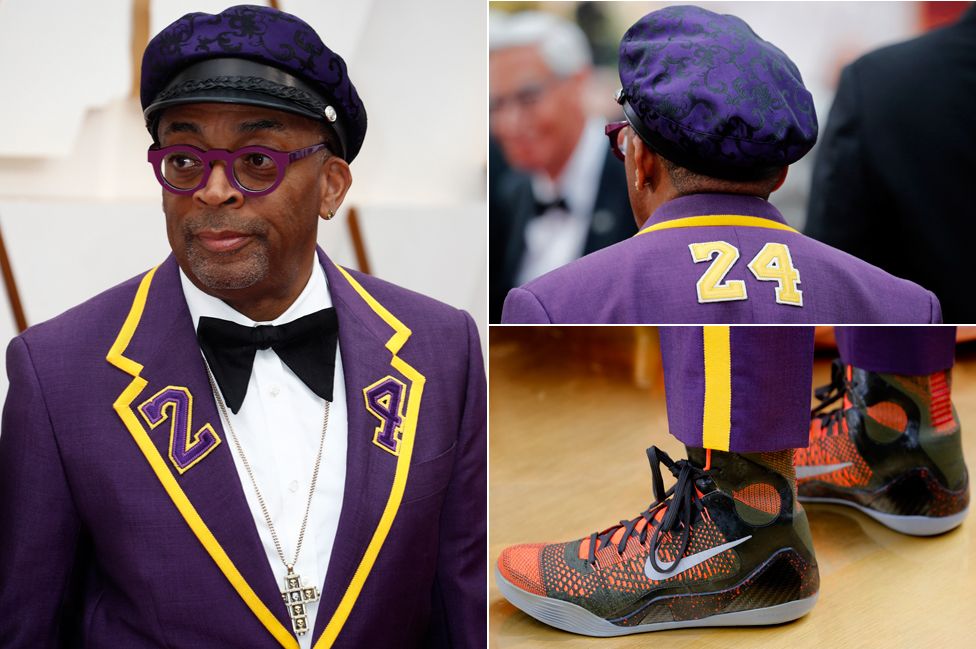 Sustainability was a big theme on the Oscars red carpet and these stars opted to recycle some elements of their outfits.

Joaquin Phoenix has famously worn this Stella McCartney tuxedo to every awards ceremony that he has attended this year, while Saoirse Ronan’s Gucci gown featured a V-neck bodice made from black satin left over from the dress she wore to last weekend’s Bafta Film Awards. 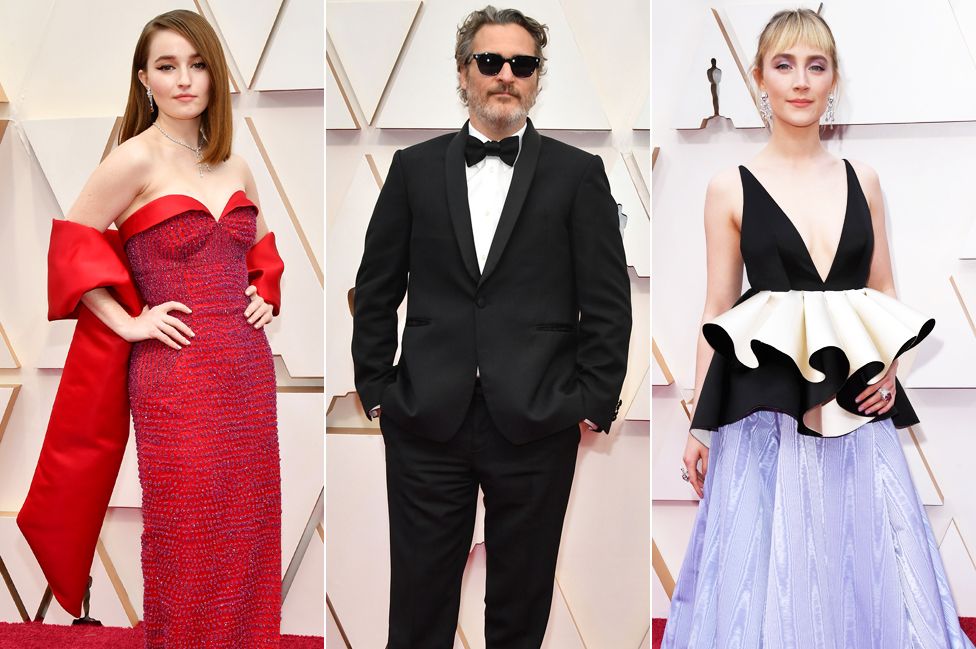 These stars both brought a plus-one to the 2020 Oscars – their baby bumps! Ugly Betty star, America Ferrera, and singer, Ciara, who are both expecting their second child, showed up in stunning outfits that showed off their baby bumps. 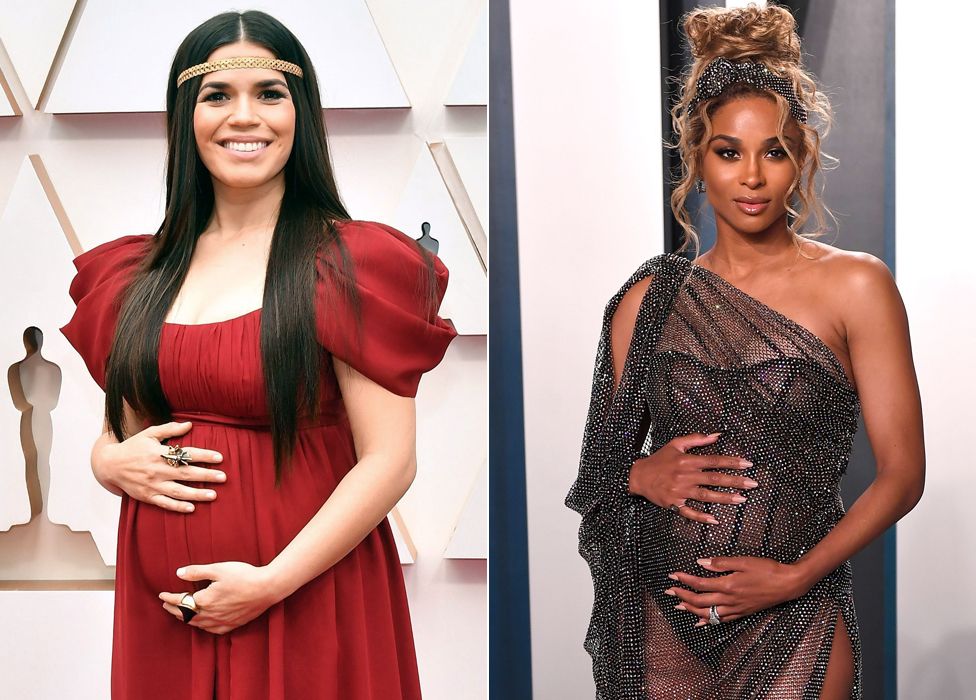 The two young stars of Jojo Rabbit, Roman Griffin Davis and Archie Yates, launched their Hollywood careers last year and made their Oscars debut at the 2020 Academy Awards. They may be aged 12 and 11 respectively but the pair more than earned their places alongside Hollywood veterans. 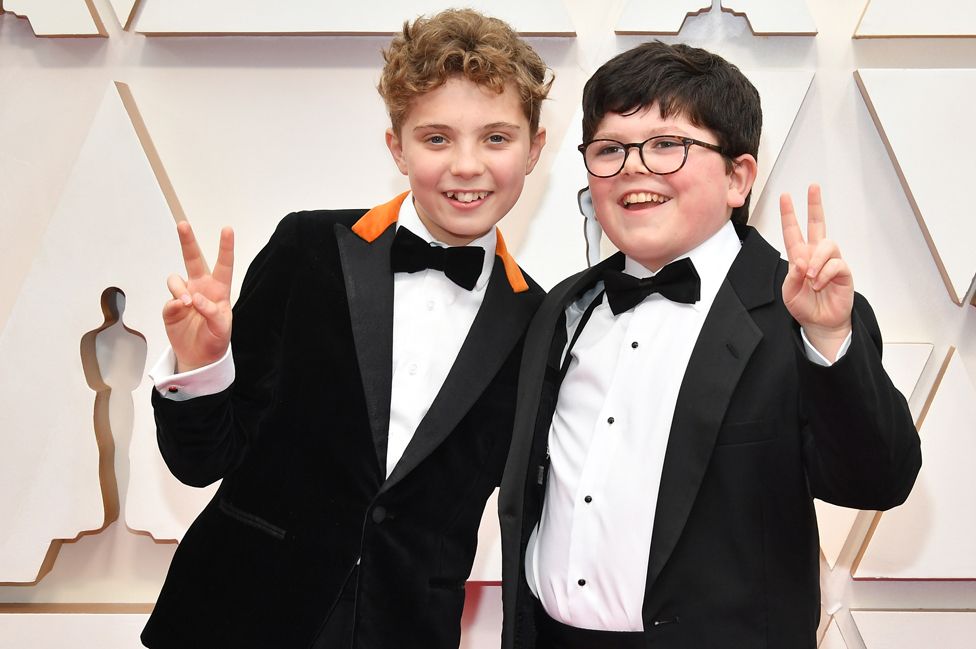 Eilish went on to perform at the ceremony and her extra long black nails became one of the highlights of this year’s red carpet. 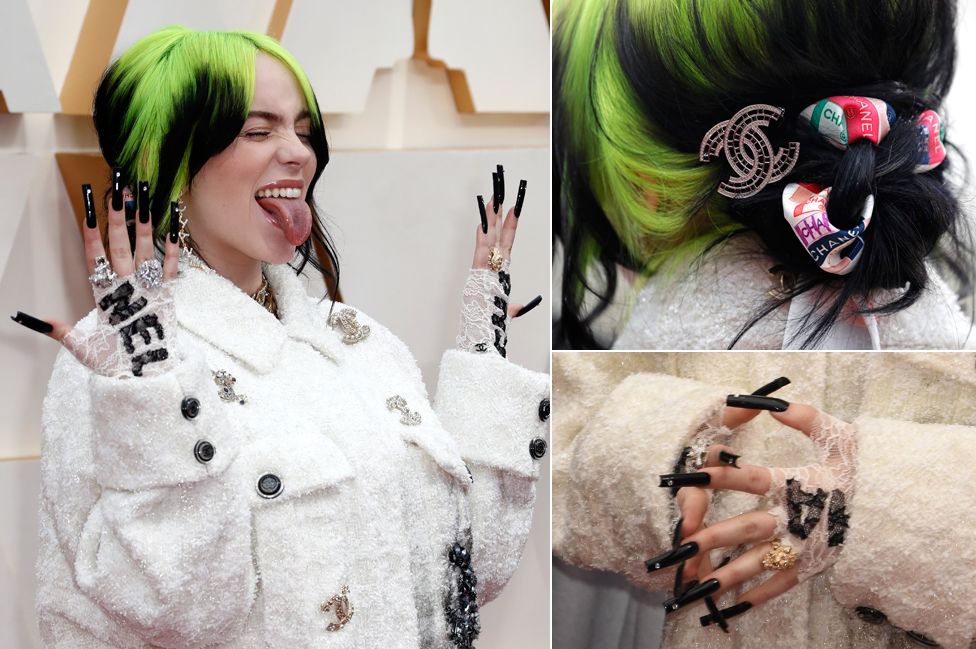