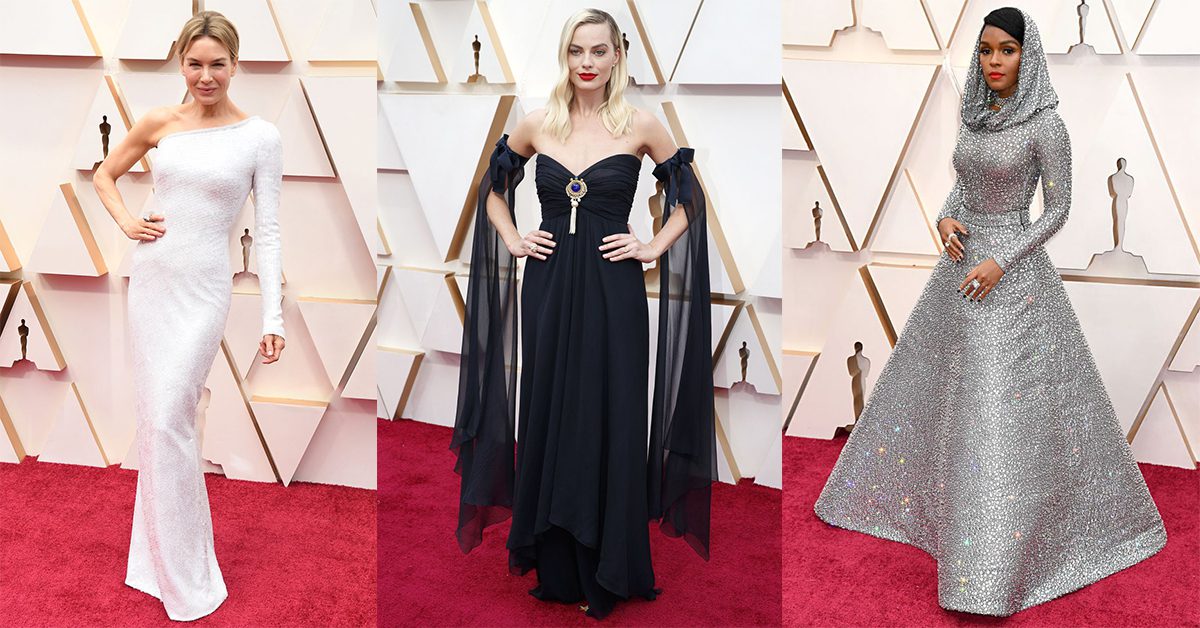 Hollywood’s biggest A-listers turned in full force last night for the 2020 Academy Awards – and the fashion did not disappoint!

Here are the most stand-out style moments from the best dressed on the Oscars red carpet in Los Angeles.

Renee picked up her second Oscar for her leading role in Judy – and her gown was more than befitting of a best actress winner. Renee’s one-shouldered Armani couture dress was covered in stunning beading which caught the light as she moved and will surely secure her a nomination for Best Dressed. 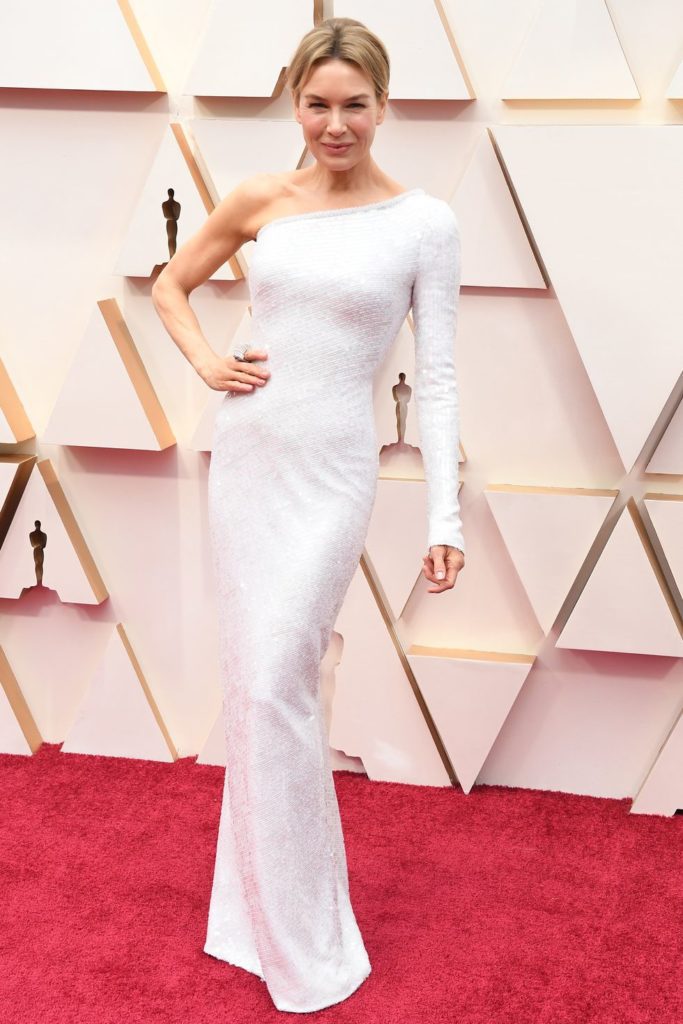 Nominated for Best Supporting Actress for her role in Bombshell, Margot Robbie embraced sustainable fashion at the 2020 Academy Awards. The Australian actress stepped out onto the red carpet in a vintage Chanel gown from the spring/summer 1994 couture collection, with matching disconnected sleeves. 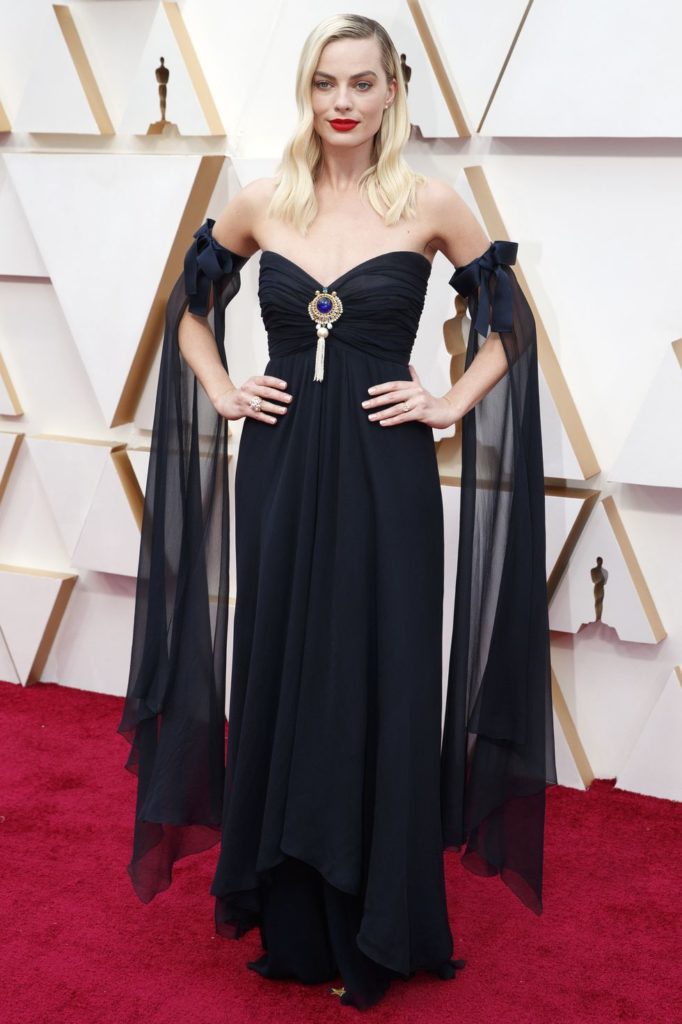 Former Best Actress winner, Brie Larson, paired a shimmering Celine dress with a matching floor-length cape – one of her best Oscars looks yet. 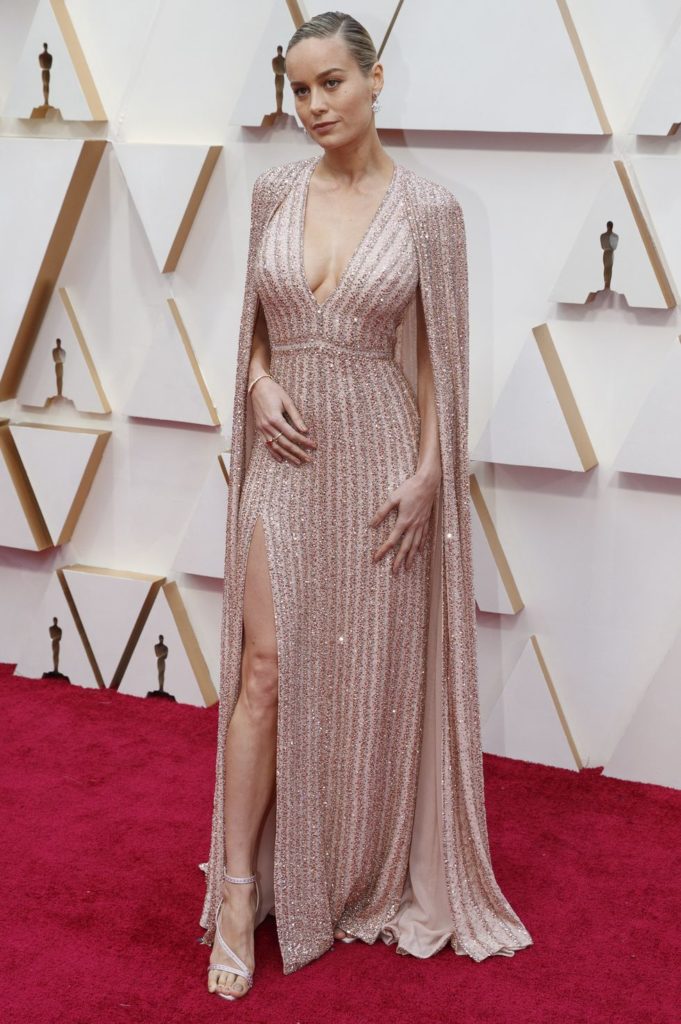 Nominated for Best Actress for her role in Bombshell, Charlize was also one of the best dressed at the Oscars. She took to the red carpet in this stunning black Dior gown with a classic silhouette. 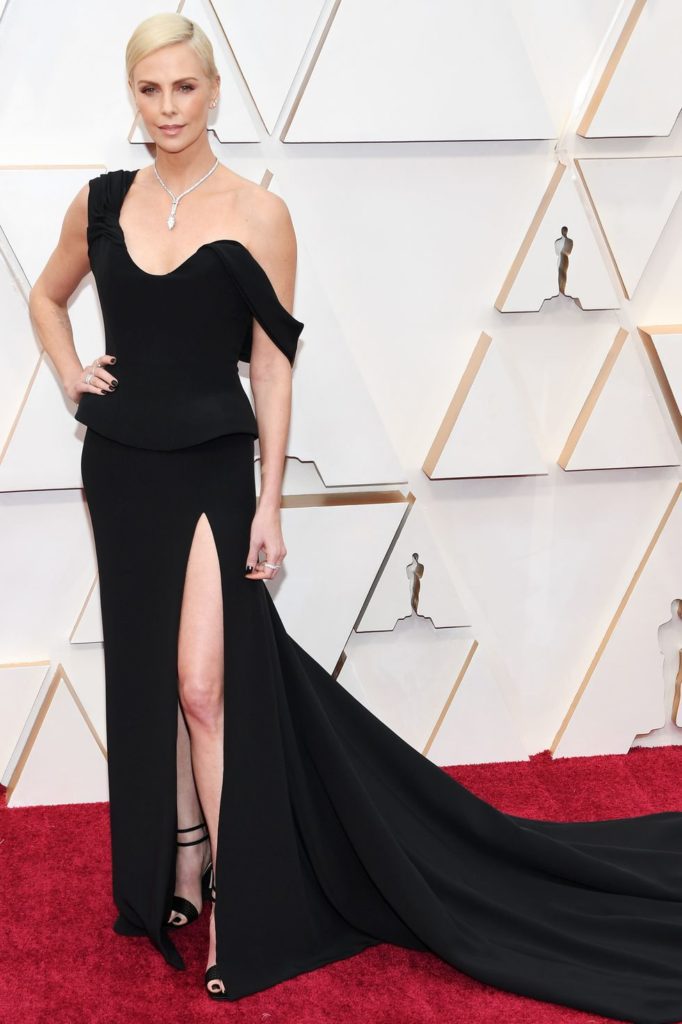 Florence Pugh, nominated for her role in Little Women, has been having a lot of fun with her fashion throughout the 2020 awards season. For the Oscars, she chose this green tiered Louis Vuitton dress, which she wore with perfectly matching strappy sandals. 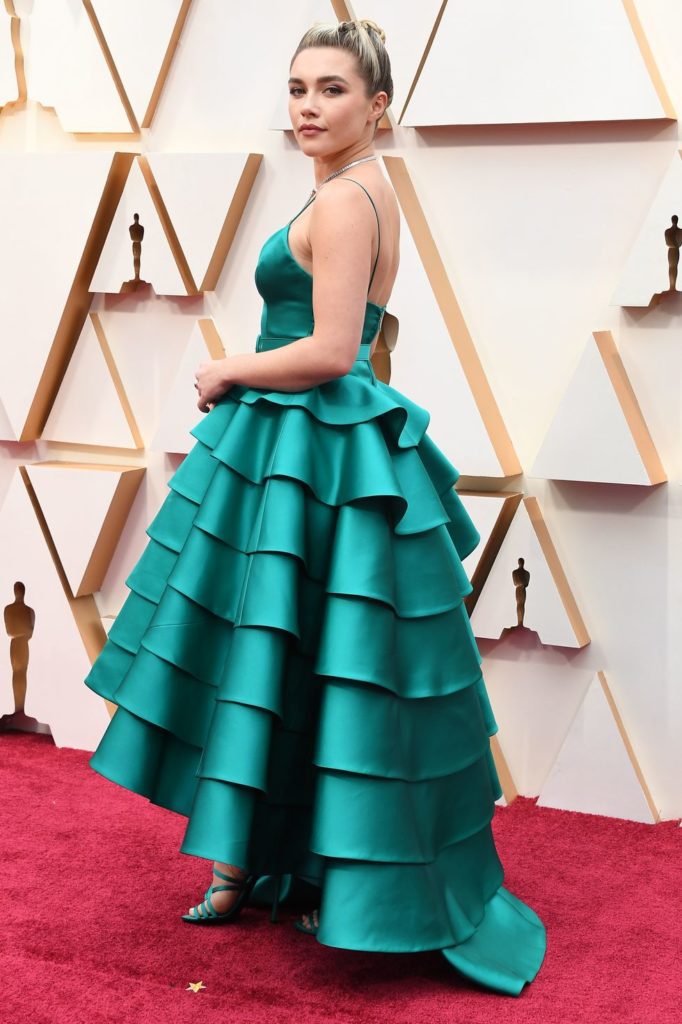 You can always rely on Janelle Monae to provide something unexpected on the red carpet – and at the 2020 Oscars, she did not disappoint, stepping out in a crystal-encrusted backless Ralph Lauren gown with a shimmering hood. 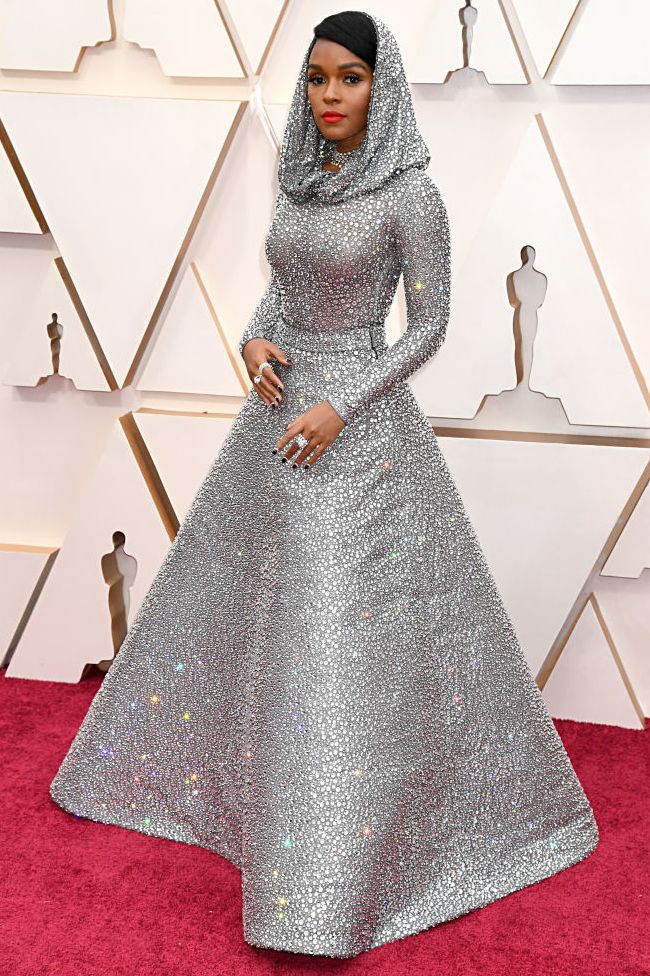 Another former Best Actress winner, Natalie landed herself on many Best Dressed lists at the 2020 Oscars. She made a feminist statement with this elegant black and gold Dior gown with a matching cape, which had an extra significance. The actress featured the names of all the female directors who weren’t nominated for the Best Director prize embroidered along the edge of her outerwear. 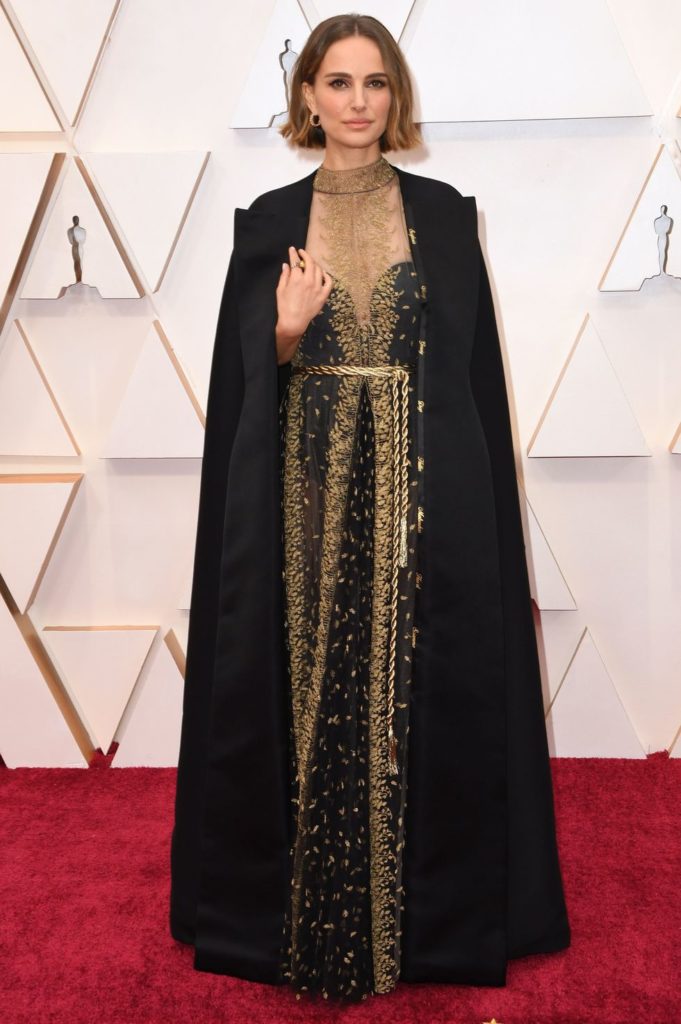 In keeping with tradition, the reigning Leading Actress winner, Olivia Colman attended this year’s Oscars ceremony to present the gold statue to this year’s Leading Actor. For the occasion, Olivia stepped out in this stunning Stella McCartney gown with a contrasting train. 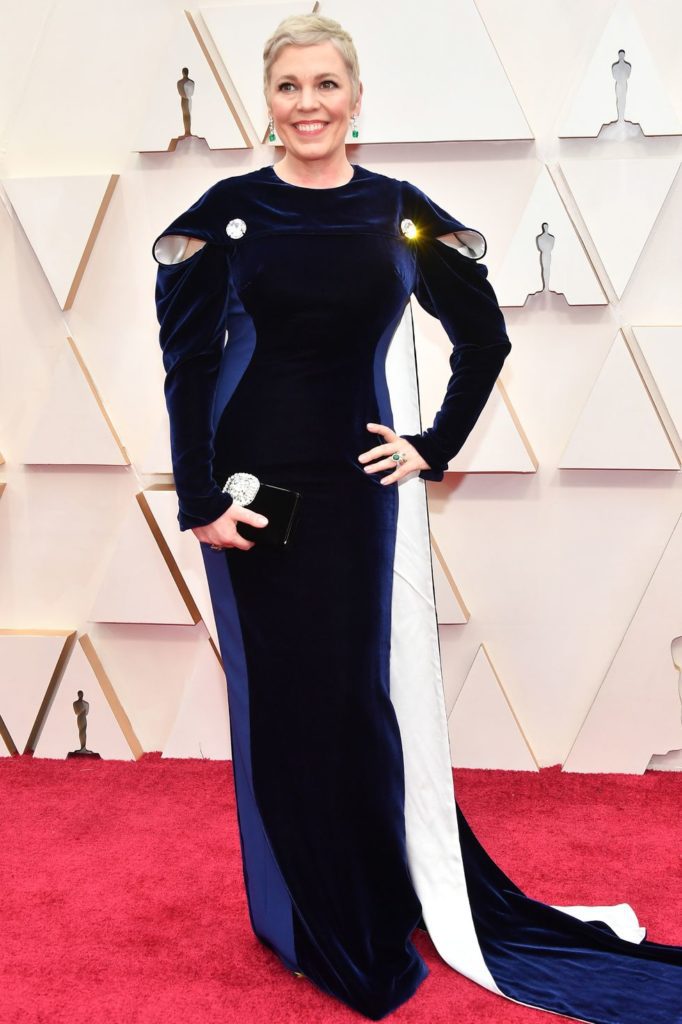 Spanish actress Penelope Cruz won the Oscar for Best Supporting Actress in 2009, and was back on the red carpet at the 2020 Oscars in this flattering dual-hem, puff-skirt dress. 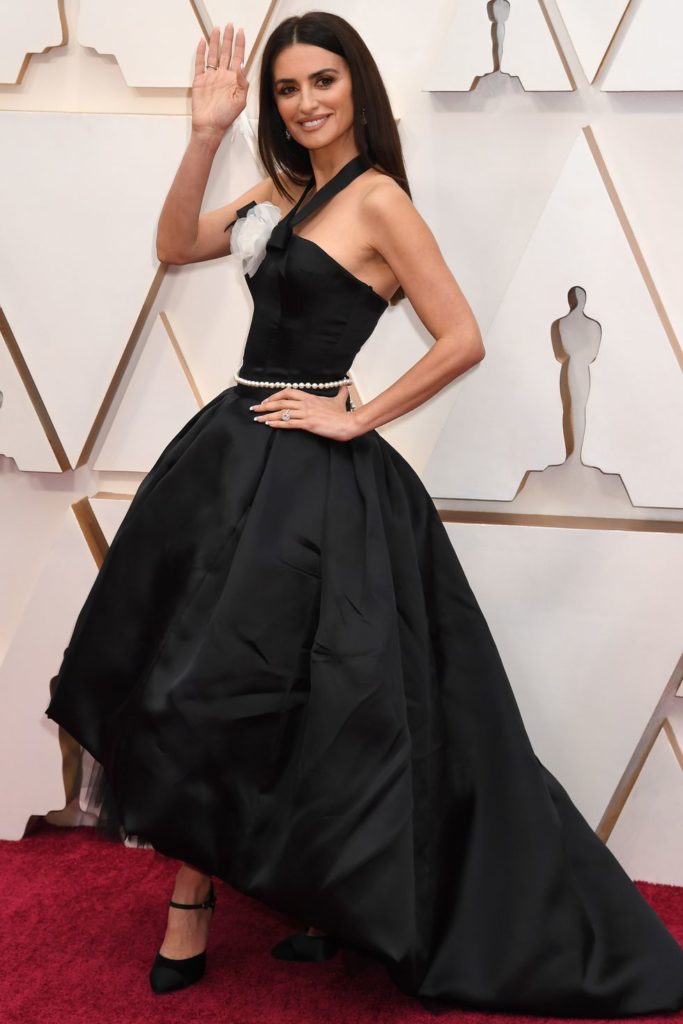 The Joker star, Zazie Beetz, revealed she was sewn into her Oscars dress – a sequinned Tom Browne corset and skirt, paired with glittering heels, a sparkling statement necklace and her natural curls. 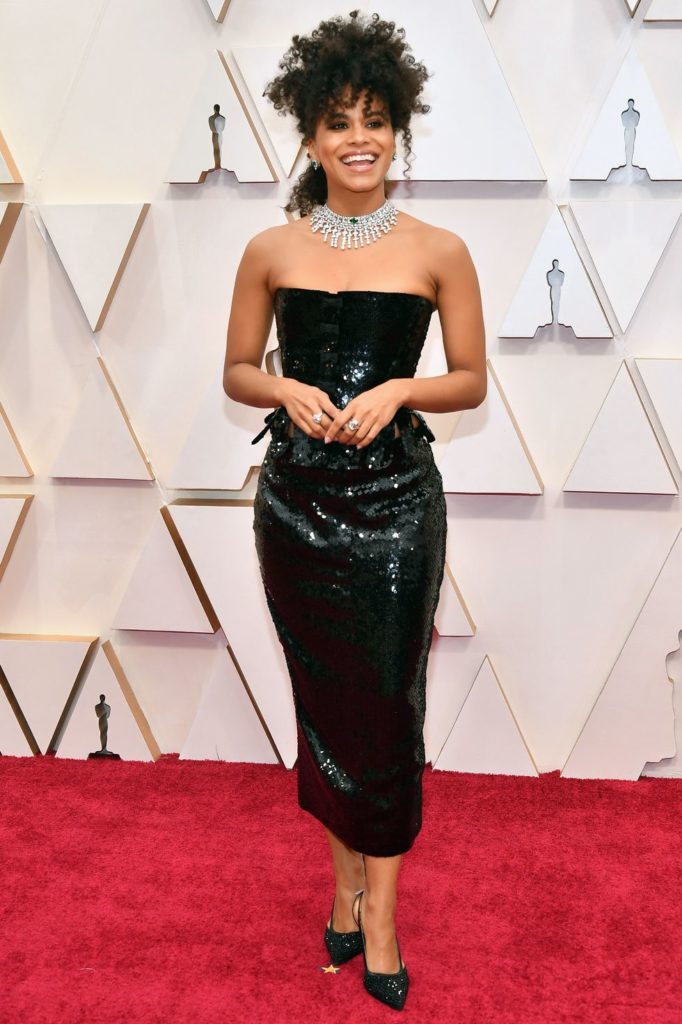