Velcro: A Ubiquitous Brand Looks to Extend Its Reach 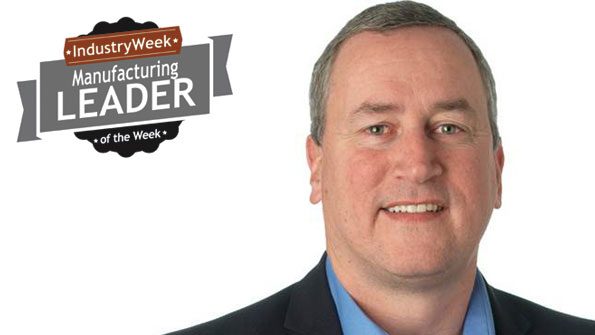 “Where we have really been able to grow the company is on the innovation side.” Scott Filion, President of the Americas at Velcro Companies

Somehow, the word “Velcro” manages to be both ubiquitous and low profile. It’s ubiquitous in that Velcro brand fastening products can be found on everything from children’s shoes and ski parkas to automotive seating, diapers and multiple military applications. Plus a whole lot more.

Moreover, nearly any conversation about biomimicry — or nature-inspired products — relays the history of the Velcro brand as a prime example. For the unfamiliar, that history dates to the 1940s, as the story goes, when a Swiss electrical engineer taking a walk discovered burrs attached to his trousers and stuck to his dog’s fur. This observation of the burr’s remarkable “sticking” ability prompted years of research and ultimately the development of the hook and loop engagement associated with the Velcro brand.

In contrast to the widespread application and visibility of the Velcro brand in products, the company behind the brand has remained remarkably low profile. It’s a privately held manufacturer, which provides some explanation. Recently, however, the company has begun to more proactively share its story. Velcro Companies’ Scott Filion, president of the Americas and an 18-year-veteran of the firm, spoke with IndustryWeek and shared some of what the global company has been up to lately, both in general and in the regions in which he has responsibility.

Several of Velcro Companies’ most visible products – located on parkas and shoes, for example – have been around for a long time and have a close connection to the original invention. Don’t let the continuing popularity of such products mislead you into believing the company is anything less than a technology-driven solution provider, says Filion, a mechanical engineer with an MBA who began his career at Velcro Companies in product development. He points out that the company has 400 active U.S. patents.

“We are constantly developing new proprietary technologies and always pushing the envelope to solve problems in the marketplace,” he says.

“One example is certainly in the diaper world,” he says, where Velcro fastening technology is very different than the “traditional” Velcro product.

Another example can be found in transportation, specifically automotive seating. In many instances, the seating fabric is held in place with Velcro brand products, “and it’s a real unique, specialized technology,” Filion says. “It’s very custom designed, proprietary and … conforms to stringent specifications that a customer might have for us. And that’s how we tend to work with customers. We’ll sit down with them, they’ll explain what their needs are, and we’ll develop a unique product and technology for them that meet their requirements.”

Did you know….we have a wide variety of applications in the #aerospace industry! #AIX2016 pic.twitter.com/r61KhL3BBC

Filion identified several specific areas for growth that get him particularly excited — packaging and construction applications. Velcro Companies has developed a line of products that addresses challenges related to closures for the flexible bag industry. “We think we are really at the tip of the iceberg right now, so we’re investing into that market,” he says.

In construction, he said the company believes Velcro brand solutions have an opportunity to replace competing technologies such as adhesives or other fastener types. In fact, one of the roofs of a Velcro Companies building in Manchester is held down with Velcro brand products.

“We’re experimenting, and we’re working with some business partners,” on the roofing applications, Filion says.

In its medical business, Velcro Companies is expanding into finished goods. In other words, the company aims to provide more than just the small piece of Velcro brand hook and loop that makes up a finished product. Instead, “It might be a headgear for a sleep apnea application; it might be a subassembly for an entire blood pressure cuff,” Filion says. “That allows us to provide much more value to our customers and allows us to grow the business, so we are looking at manufacturing expansion in that space.”

And while business-to-business applications make up the majority of the company’s business, Filion says consumer markets have a “tremendous amount of upside” potential. “Sheer household penetration still is in the single digits,” he notes.

Geographic expansion is also part of the Velcro Companies story in the Americas for the past few years. The Americas is the largest of Velcro Companies’ three operating regions. New Hampshire is the principal U.S. manufacturing and R&D center for the manufacturer and has been for more than 60 years. It employs about 750 people in the New Hampshire cities of Manchester and Somersworth.

The company is boosting its presence elsewhere in the Americas — specifically in Latin America to serve customers in that region. In September 2015, for example, Velcro Companies opened a new production facility in Canelones, Uruguay, and in 2014 it acquired two companies in Brazil to boost sales and distribution there.

He notes the economy in that region is “in a bit of a doldrums, but we are trying to position ourselves so that we are poised for pretty explosive growth when that economy returns.”

To read this article on Industry Week, click here.