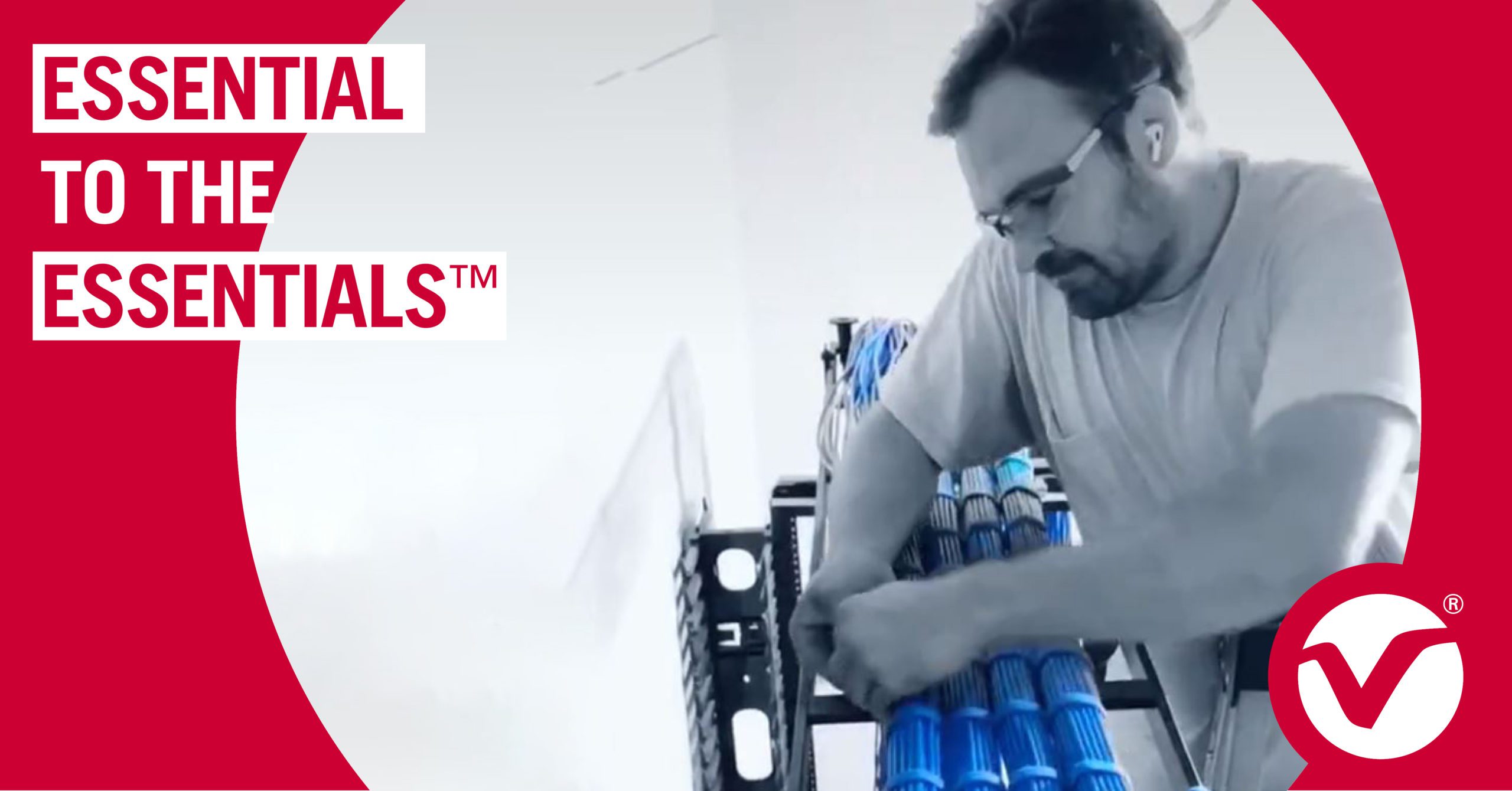 Shawn Repp is a professional cable installer who works on data comm, audio visual and security systems for Envision Technology Group in Overland Park, KS. The VELCRO® Brand Industrial Solutions team spoke with him and here’s what he had to say about using VELCRO® Brand cable ties over other fasteners.

Q. Since you’ve been using VELCRO® Brand ONE-WRAP® Tape, what have been its biggest advantages over traditional fasteners?

A. “It’s become against industry standards to use tie wraps and we only use hook & loop which is, honestly, a benefit to us, either way. The biggest benefit is cable adds and that’s something that always happens on any project. It’s so much easier to un-do the hook & loop and lay the new cable in and go on down the road, instead of cutting every single zip tie and replacing them all. So that aspect is very beneficial to us.” 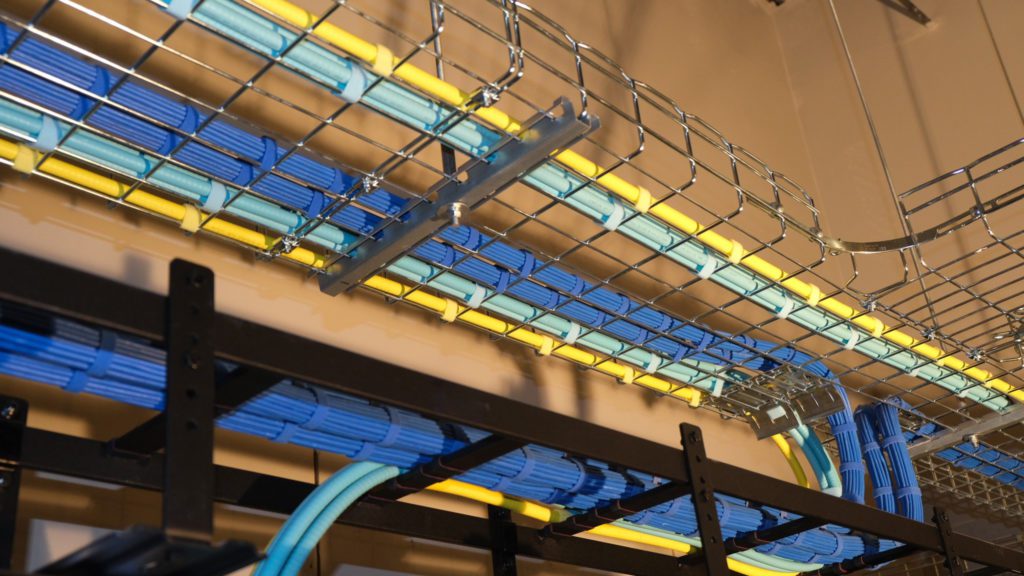 Q. What cabling standards do you need to comply with and how does VELCRO® Brand ONE-WRAP® Tape help satisfy them?

A. “BISCI is our industry standard and it calls for no less than a ½” fastener. It also recommends spacing it in different intervals such as 4 or 5 inches.

It’s pretty important nowadays with the high gig copper that we run. It’s important that they be bundled loosely, but with zip ties, it’s very easy to over cinch them and that can cause a bottleneck of the data. With hook & loop, it’s hard to over tighten.”

Q. Is there ever a situation where you would want to use a zip tie?

A. “No, I don’t even carry zip ties on me anymore. The only time I might use them is in outdoor applications, but we don’t work outdoors. Although I’ve used some hook & loop to hold down some all thread on my truck and it’s holding up well. I’ve actually had some up there for over a year now and it seems fine.” 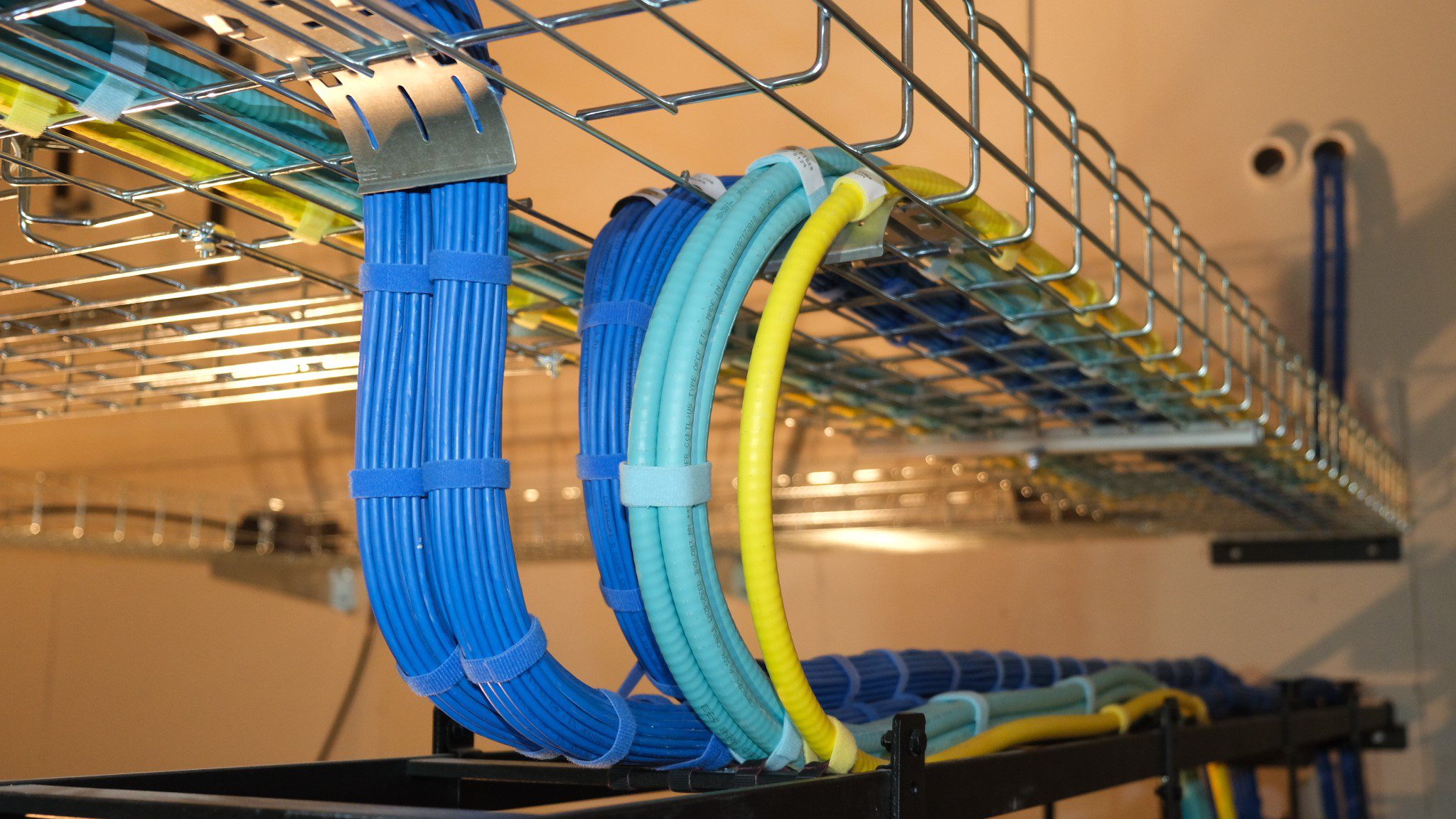 Q. Why do you use VELCRO® Brand products specifically?

A. “I use what our bidder and estimator give us for the project. As of the last couple of years, it’s always been VELCRO® Brand products.”

Q. How important is plenum-rated VELCRO® Brand ONE-WRAP® Tape and how much of it do you use?

A. “Typically when we’re doing an install in anything above the ceiling, we’ll put plenum-rated hook & loop on it, just to be safe. We usually get the cranberry colored hook & loop to differentiate it from the non-plenum. Typically, we’ll get a 500-yard spool and keep it centrally located for guys to grab from. In the closets is where we use the non-plenum and it’s easier to use the 25-yard spools. Every job is different, but for a commercial or industrial building, we’ll use half plenum, half non-plenum.” 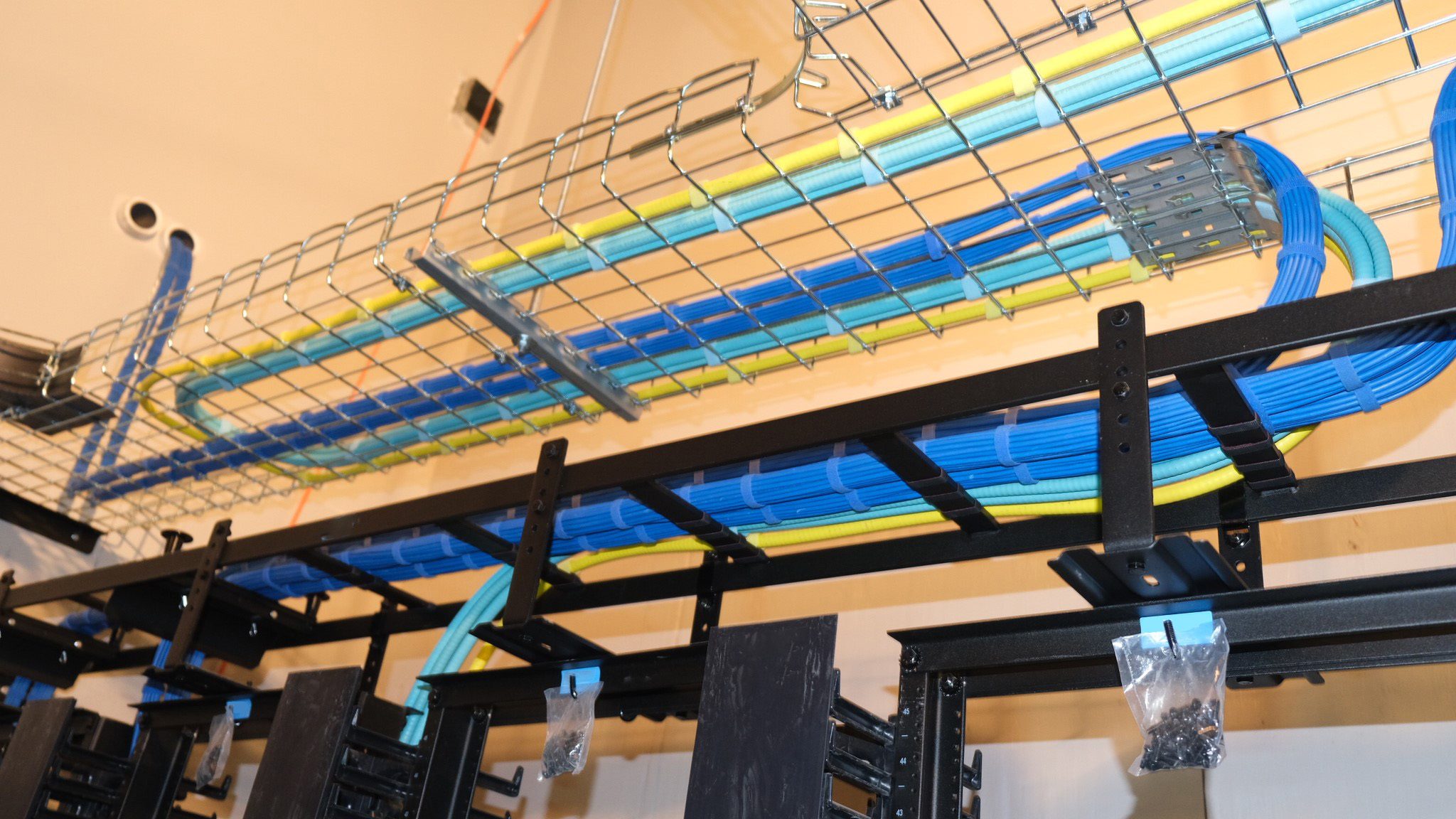 Q. How long have you been using hook & loop on installations?

A. “When I started doing commercial and industrial cabling 16 years ago, I don’t think anyone used hook & loop, we just used tie wraps. 2006 was the first time I did a full hook & loop job and industry standards have changed since then. We were trying to certify the job but had to go back and cut every single tie wrap off and replace everything with hook & loop. It was something the engineer put into the specs to assure there would be no over-tightening of cable to change the geometry thus voiding the manufacture warranty. We had to replace every single square foot of ceiling to make sure there wasn’t a single zip tie. It took 40 hours each for three of us. I don’t think I’ve ever used a zip tie after that.” 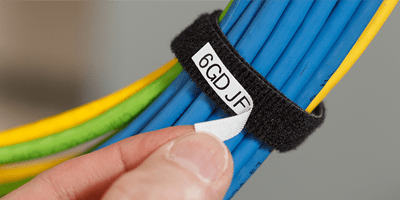 Q. What do you think of using BradyGrip™ Print-on Hook Material to identify cable pathways & bundles?

A. “I’ve talked to some people about it who are pretty excited. I was talking to some network engineers from one of our customers and it would be beneficial for them because they run a lot of groups of fiber optic patch cords. For troubleshooting, the cables need to be clustered, typically in groups of 12 with addresses. Now they don’t have to write on the hook & loop fasteners and have the ink bleed. They’re pretty excited about it and they think they can use it a lot in their data centers.”

Envision Technology Group purchases VELCRO® Brand ONE-WRAP® Tape from Accu-Tech and Shawn Repp was given product in exchange for his time.

Do you need to reduce costs, time & labor while aligning with industry standards? Find a distributor or talk to us directly.