Velcro Industries and The Cambodian Children’s Fund: The Village Walk

Words and photos by Julie Barry 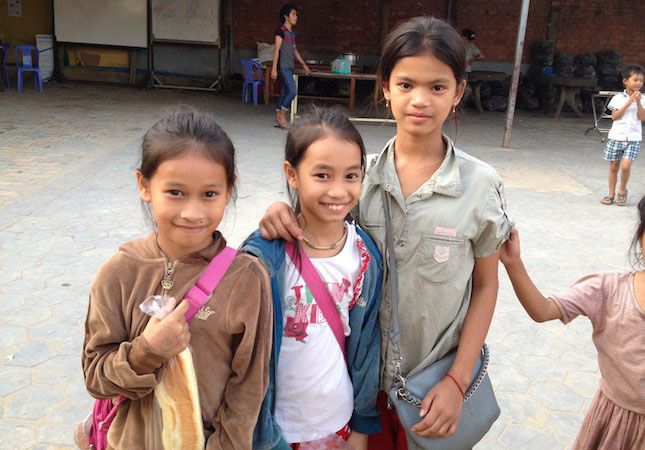 After giving out Student of the Month awards at the different satellite schools for the CCF, Will and I were on a high. The CCF children were so eager to learn, so smart and overcoming such huge obstacles. Because we were so moved by the kids, we didn’t understand the full extent of what they were dealing with until we walked “the village.”

The word village has always had very positive connotations for me – the Olympic Village, Greenwich Village, Santa’s Village. When we are talking about “the village” in Cambodia we are talking about make-shift houses, no running water, no beds, 17 people between two one bedroom homes and trash everywhere. A persistent odor permeated the air: part burning rubber mixed with rotting garbage and sewage. The village is built on the outskirts of the dump where parents and their kids rummage to find metals and recyclables they can sell. 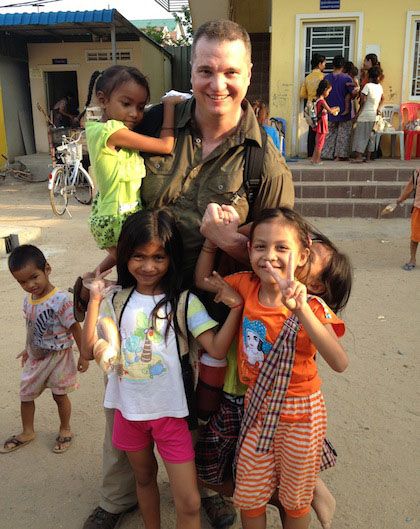 While on the village walk, our small group accumulated over a dozen children. Some were barefoot and two little girls, who couldn’t have been more than seven years-old, were carrying around an infant sibling on their hip for about 2 hours, or equal to the entire length of the walk. Yet, they didn’t complain once. Here, the older kids must take care of the babies in the absence of parents or older family members.

At one point while making our way through the rough terrain, I couldn’t believe my eyes. We stumbled upon a sort of amusement park but it looked like a post-apocalyptic movie set. There were two rusty rides that had to have been 40 years old; apparently this “carnival” comes to town twice a year or so. 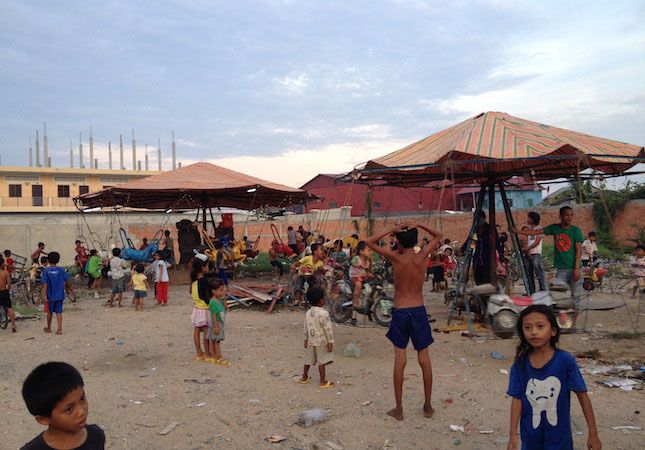 There was however an oasis in the middle of the village, a CCF satellite school that provides education and food to many of these children. There was a daycare for toddlers and infants and once  again we were met with gigantic joyful smiles from all. 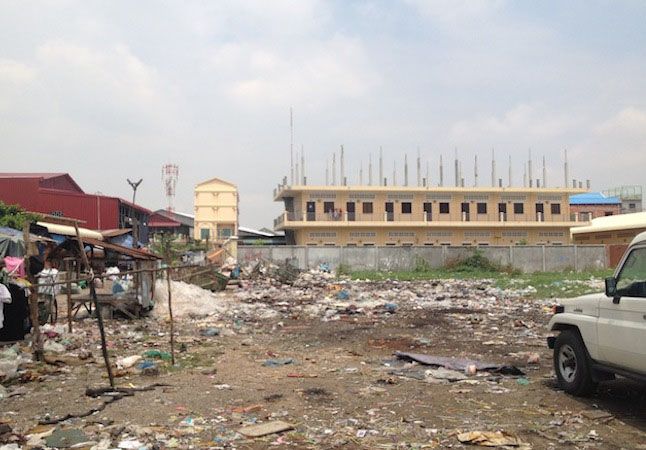 The best part about the walk was seeing the kids play in the new park that is directly across from an old dump where the CCF’s Center for Education Excellence is going to be built. In addition to supplying meals for the children, Velcro Industries is contributing heavily to building this school. It is going to be a game-changer for this community and will help encourage these families to stay committed to education.