Words and photos by Julie Barry 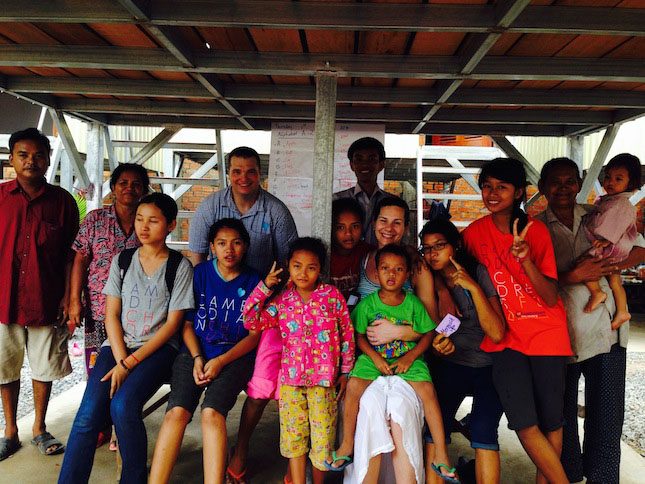 May 1st, the last day of our journey to Cambodia was my favorite and just so happened to be a holiday, Cambodia’s National Labor Day.

We had the privilege of being invited to one of the junior CCF leader’s homes to observe Happy Homes, a program started by the CCF children.  The program, which ran on the May 1st holiday, was started by a small group of children who get together on Sundays (since school days are Monday through Saturday) to play games and make lunch together.

After we arrived, we were immediately greeted by the happiest group of kids ready to play games!  The junior leaders played some music, gave out some candy and started a karate tutorial that was quite entertaining.  Next it was our turn.  Will and I panicked briefly, but given that we both have small children at home we were able to quickly initiate games of Simon Says, Red Light, Green Light, and Freeze Dance.  The kids had a ball.

While we were playing with the younger children, the older girls were busy cooking up a small feast of chicken, fish, rice, noodles, and fruit.  We were called into the house and had a fabulous meal that included the best mango I have ever eaten. 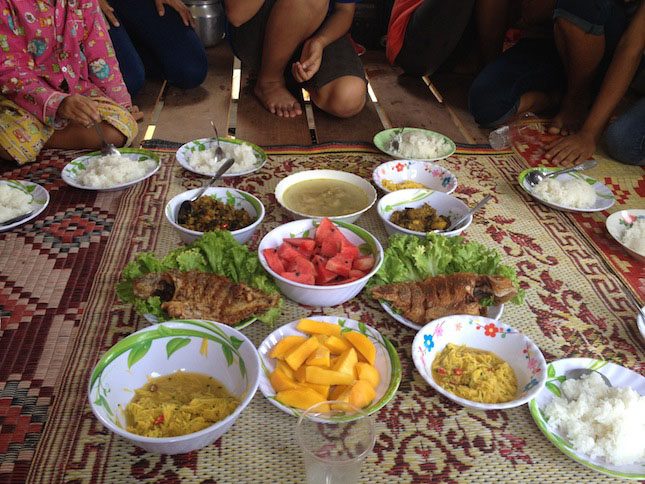 After, we all participated in a craft and the hosts of the day hung the artwork in their home, which, thanks to World Housing was newly built. In fact, a few families are receiving new homes within the village that are sturdy, safe and built in small communities of about 8 to 10 units with shared bathroom and water facilities.  The homes are elevated, feature wood beam floors and to the community of Steung Meanchey, these houses offer a new beginning and represent hope for residents.  There are about 40 new housing units being built in the next few months with even more planned this year. 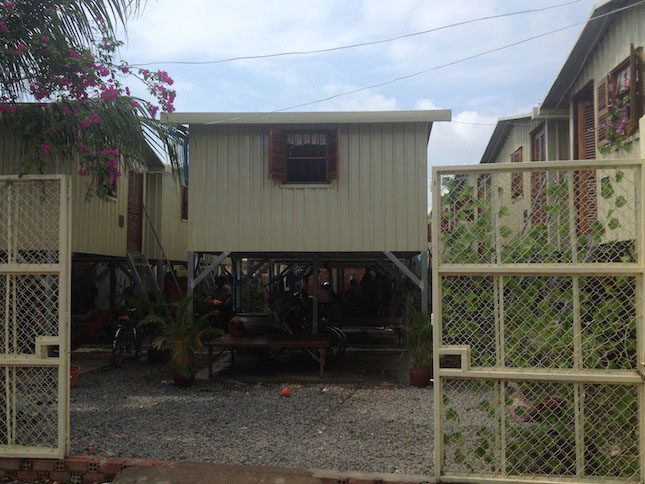 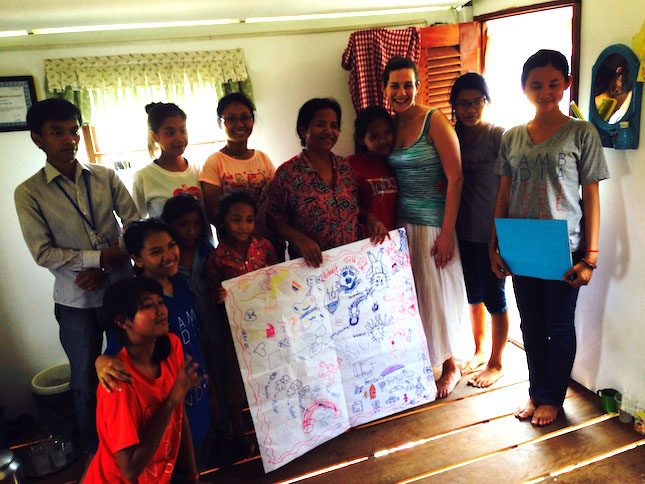 Before I came to Cambodia I was certain I was going to meet a young child that would capture a piece of my heart.  It was here, at this “Happy Home” that it happened, however. It was not a small child but rather a junior leader, a teenager with big brown eyes a warm smile, a typical teen in some ways; she was eager to play on my cell phone and listen to hits from the movie FROZEN.  She has an extremely generous spirit, and I admired her strength.  The younger children seemed so happy and almost carefree but this little lady was carrying more on her very small shoulders.  She has taken on responsibilities that teenagers in other countries couldn’t even comprehend and she has seen things no child should have to endure and because of her age, she was more aware of it all.  One thing about her stood out more than anything else though: her determination and thoughtfulness of those around her clearly made her village a better place to live.  With support from the Cambodian Children’s Fund there is no doubt in my mind that she will grow from a junior leader into a future leader.